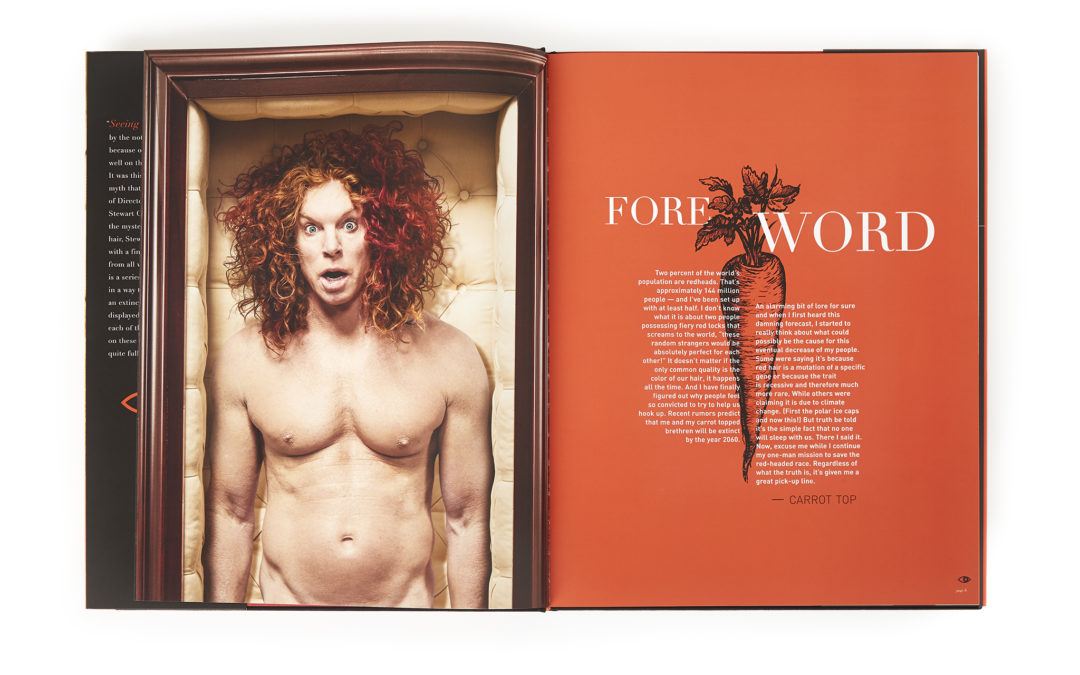 “Seeing Red” explores the possibility that redheads are becoming extinct.

March 6, 2019 (Dallas, Texas)– Director/Photographer Stewart Cohen captures the essence of what it feels like to be a member of this endangered group in his book of photographic portraits, “Seeing Red”.  More than 300 photo sessions were held on two different continents to create a series of portraits, each styled in a way that shows how an extinct species might be displayed for posterity.

“I began thinking about how fascinating it would be to memorialize as many redheads as possible. I photographed each subject in an elegant, tufted shadow box – a visual allegory for redheads facing extinction. Once the word spread that I was shooting redheads, I had an overwhelming response from gingers around the world – each wanting to be immortalized as a part of the project. Three hundred portraits later, I’ve developed a real affinity for them.” –Stewart Cohen, Director/Photographer, SCPictures