RED, RED, THEY CALL ME RED 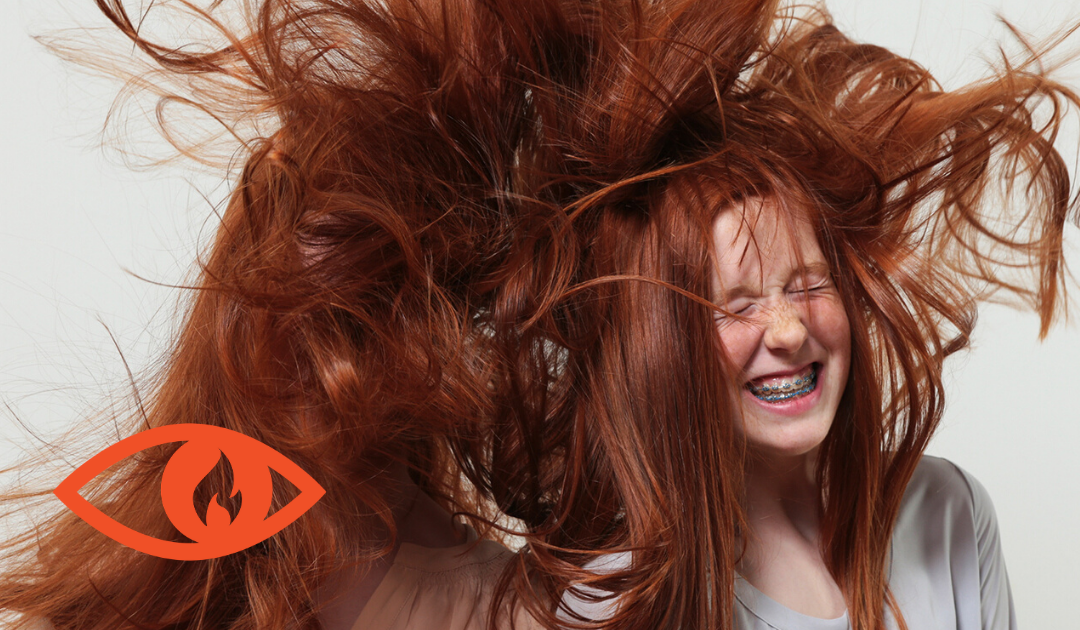 Dallas photographer and director Stewart Cohen’s casting call created the has created the ultimate tribute to folks with ginger-colored hair.

It there’s one takeaway from Stewart Cohen’s monograph, Seeing Red, it’s that redheads are definitely a force to be reckoned with. Inspired by the internet-fueled notion that “gingers” were becoming extinct, the book features over 160 compelling portraits, each styled in a way the Dallas director/photographer envisioned an endangered species should be displayed for posterity.

It all started with an off-the-wall comment his red-headed assistant made one morning. “He asked if I knew about the rumor. Whether or not it was true, I felt we should do something about it.” Twenty seconds of googling quickly confirmed gingers weren’t in any real danger (red hair, caused by a relatively rare recessive gene, may decline but isn’t going away). But by then,it didn’t matter. Cohen says he was intrigued.

His initial idea was to photograph his subjects in a beautifully framed shadow box. “But as I began working with a model maker, he pointed out that what I was describing was a coffin. It turned into a funny conversation. Is it a frame? Or is it a coffin?” Cohen opted to let the reader decide. The next step was putting out an open casting call. “Word got around. But we realized it would be too difficult to travel anywhere with this giant box/frame/coffin. We were lucky that people started coming to us to get their portrait taken.” He and his crew eventually took their show on the road—albeit sans box. “We were going to be in the U.K. and reached out to the organizers of Redhead Day. They asked us to become their official photographer.” The response was phenomenal. “There were Brits lined up around the block to be photographed.”

Three hundred photography sessions later, Cohen turned his passion project over to Caliber Creative’s Brandon Murphy to handle design and production. The result: a full-blown tribute to gingerness. Along with over 160 portraits, there are declarations (“a face without freckles is like a night without stars”); research results (“redheads have more sex than any other hair color group”); lists (“25 Famous Redheads in History”); fun facts (“individuals with red hair are more likely to be left-handed”); proverbs (“there never was a saint with red hair”); and confessions (“I’m fiery and tenacious, and I feel more powerful being a redhead”). Seeing Red comes equipped with celebrity endorsement: Cohen tapped quintessential red-headed comedian Carrot Top to write the book’s provocative foreword. And singer Ed Sheeran revealed red hair toughened him up. “If you’re ginger, you end up being pretty quick-witted.” Even Playboy magazine had its say: “Redheads are like other women—only more so.”

Since the book’s publication earlier this year, Cohen says book signings and tours have allowed him to get something in front of people that’s out of the realm of commercial photography. “In the end, someone’s probably not going to remember an ad. But if you have a body of work in books, it’s like a testament to what you have created.” “Seeing Red” is available at Stanley Korshak, Wrong Marfa, Arcana Books, Dream Editions Press and on amazon.com. Cohen’s other titles includeTwins (1997), Alma Cubana The Soul of Cuba: A Photo Essay (2001), and Identity: A Photographic Meditation From The Inside Out (2010).